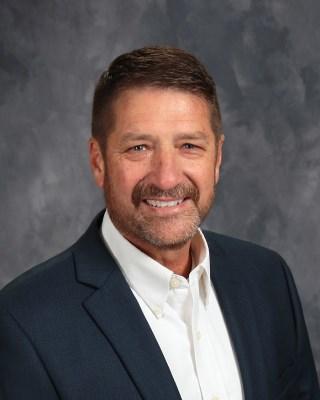 The inaugural leader of the new Harrison Kindergarten, Mr. Jeff Winkle is entering his 35th year in education this fall. It will be his first as the Harrison School District's Director of Early Childhood Education.

In this role, Mr. Winkle will oversee the Kindergarten and the Harrison Preschool, with a focus on maximizing learning at those levels and ensuring a smooth transition into elementary school. He was promoted to this new position after spending the past 19 years as principal of Skyline Heights Elementary School, which received numerous awards and recognitions for its high student performance under his guidance.

Mr. Winkle attended Green Forest schools from grades 1-12, where his parents were both educators. He graduated from Green Forest High School in 1978. He continued his education at the College of the Ozarks where he received a Bachelor of Science degree in Elementary Education with Missouri and Arkansas certifications for grades 1-6. He completed his teacher internship at Skyline Heights Elementary School in a sixth grade classroom. Mr. Winkle then went on to graduate from the University of Arkansas in Fayetteville, where he received his Master of Science degree in Educational Administration.

Mr. Winkle began his career in 1986 as a fifth grade teacher for the Berryville School District. He also coached fifth and sixth grade basketball teams while running numerous basketball camps. Additionally, he was very active in helping with the high school basketball program as scoreboard operator and bookkeeper.