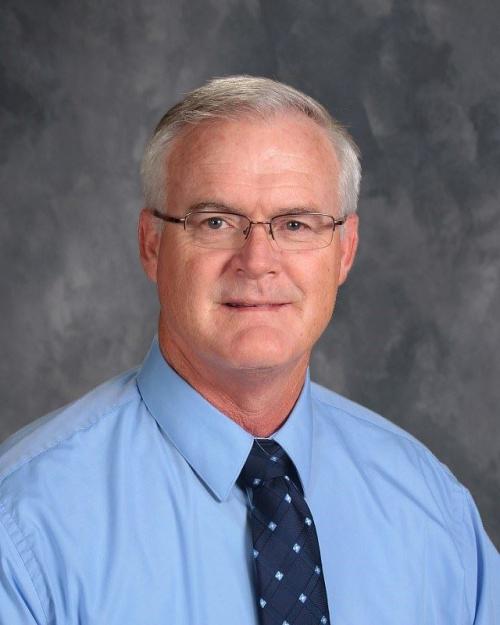 Mr. Fred Wilson grew up in Harrison, Arkansas and attended Harrison Schools from kindergarten through 12th grade.  He is a third-generation Goblin and a proud grandfather of a fifth-generation Goblin entering Woodland Heights Preschool this year. Mr. Wilson is one of five children who also graduated from Harrison.

Mr. Wilson attended Oral Roberts University in Tulsa, Oklahoma from 1979-1983 earning his Bachelor of Science degree. His first teaching position was in Thousand Oaks, California, in 1983, where he taught science and health as well as coached soccer, basketball, and softball. In 1984, he was thrilled to return home and begin his tenure with the Harrison School District.

During his teaching career, he taught many subjects including life science, physical science, health, and physical education. Concurrently, he coached football, basketball, track, and baseball.

In 2006, he earned his Masters of Science degree in Administration from the University of Central Arkansas while continuing to serve the Harrison Junior High by assisting in the main office. In 2012, he became the Assistant Junior High Principal before accepting his current role in 2013 of Middle School Principal.

"Nurture relationships, embrace change--for everyday is a once-in-a-lifetime opportunity to make a positive influence in our students' lives." - Fred Wilson